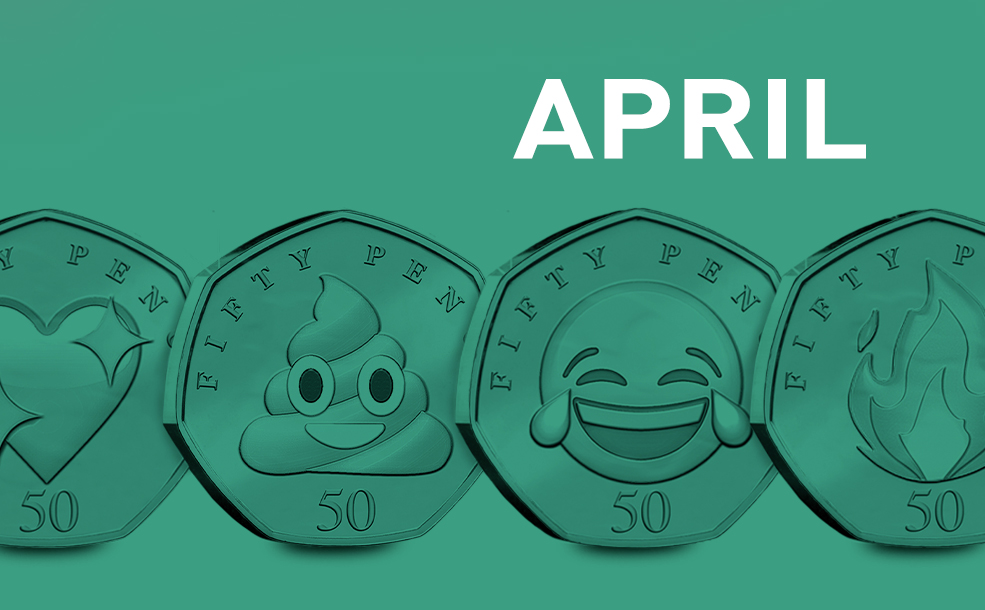 Starting off with some April Fools, there’s been plenty of interesting marketing, branding and design news to keep up with this month! Here’s the Ingenious team’s selection of items and happenings that have caught their eye over the last few weeks…

Brands and companies increasingly use April Fool’s Day as an opportunity for some humorous publicity stunts. The wit behind the pranks is undisputed although some are more believable than others! The following are some of our favourites:

Stock photo agency Shutterstock claimed to be building the ‘world’s largest’ library to house a hard copy of each of its 250 million pictures and videos, designed by renowned Belgian architect Alexandria Von Pixel and to be managed by an army of AI-powered robots called Cyanotypes!

Dulux announced a limited-edition Platinum Jubilee paint range which would see the Dulux dog replaced by a Corgi.

Cosmetics subscription service Ipsy teamed up with magnetic lash brand Glamnetic to offer pet-friendly lashes in black and pink to beautify our animals.

The global media company’s Ukraine team have released a special edition of their magazine entitled Nation of Heroes. The front cover features camouflage and a pixelated pattern representing real people to reflect the content which tells of Ukrainian people in business and government, soldiers, refugees and the thousands who have died in the war. The cover is a visual representation of this theme and substitutes décor for meaning. The pixelated camouflage design was adopted by the Ukrainian Armed Forces in 2014 and the stories covered in the magazine are of real people and the consequences of war in their lives.

According to creative director, Max Zoloyedov, camouflage is the epitome of design functionality – ‘it works to keep people alive whilst also it can be aesthetically impressive’. In place of the magazine’s usual footers are the names of the Heroes of Ukraine, awarded by President Zelensky to 82 men and women for extraordinary feats in the struggle for independence.

Producing the magazine was a feat in itself with the entire Forbes team of more than 30, together with their families and pets, displaced to a small hotel in the west of the country where they worked non-stop for a month to put it together.

Pixels feature again in a rebrand for Beijing-based convenience store Gogo by design studio Meat Studio. Takeaway food products are cleverly packaged as pixelated video game ‘power-ups’ (gaming term!) for commuters. Using an 8×8 pixel grid, Meat Studio continues the digital world of travellers on their phones visually in store with fun icons referring to real-world food items. The Gogo wordmark itself incorporates a cut corner, playfully highlighting the limitations of pixelated text and the colour scheme aims to maximise the RGB impact whilst retaining a sense of warmth and approachability.

The Manchester-based observatory has been rebranded by London design consultancy Johnson Banks with a logo inspired by the site’s world-famous Lovell Telescope. Established over 75 years ago and owned and managed by the University of Manchester, the new identity aims to unite branding between work carried out at the observatory and in its discovery centre. The logo mimics the telescope’s shape and can be animated, with 3D designs used throughout the identity incorporating the telescope’s circular shape, concave aspect and movement of the dish at different angles.

60’s-era typography is a nod to the period’s space race in which Jodrell Bank played a significant part. The colour palette is dark indigo and red, the latter a geeky reference to scientific phenomena such as radio waves, red-shift and the Doppler effect. A new jokes appearing in supporting copy and merchandise.

SIFF ran from 14-24 April with poster and video promotion imagery created by Mark ‘Monkey’ Watson, creative director at Seattle-based agency Wongdoody which has led on creative for the festival for the past decade. The main challenge was to ensure the identity represented both the esoteric indie films being screened and the Hollywood blockbusters shown alongside them. As Watson says ‘the goal has always been to grow the audience beyond the usual film enthusiasts’.

With an emphasis on the communal nature and facilitation of social gatherings rather than streaming films at home, the posters and other materials refer to the cult-like devotion of attendees alongside iconography relating to the cinema experience such as tickets, popcorn and film reels. The multitude of images are arranged in geometric collage fashion reflecting the 2022 festival theme of cinephiles as ‘Seekers’.

We love Disney’s new design brand, Disney Home, selling furnishings, home accessories and limited-edition collaborations which bring together various existing products and introduce new ones with the promise of ‘aspirational furniture’ and ‘bespoke design pieces’. Blockbuster franchises including Star Wars, Marvel and various Pixar films featuring alongside classic characters such as Mickey and Minnie Mouse and according to Disney, the range has been ‘created to complement every interior style and budget’.

High-end pieces include a life-size reimagining of Mickey Mouse created by interior designer Kelly Hoppen and a rug collection offering ‘modern and sophisticated interpretations’ of celebrated characters such as the Mickey Doodles rug in loose minimal lines and the Rebellion rug, a painterly rendering of the Millennium Falcon and Rebel Alliance Starfighters from Star Wars over a black background.

British artist Sonia Boyce has won the coveted Golden Lion prize for Best National Participation at the world-famous Venice Biennale. Her work Feeling Her Way in the British Pavilion combines video, collage, music and sculpture. Boyce is the first black woman to represent the UK and her winning piece is described as the ‘perfect selection for this time in UK history’. Commissioned by the British Council, the work features videos of five black female musicians improvising with their voices to create an evolving, overlapping soundtrack as the audience passes through the pavilion as well as tessellating wallpaper and golden 3D structures.

This is the 59th Biennale, the International Art Exhibition which usually takes place every other year but was postponed last year in the wake of the pandemic. It runs from 23 April until 27 November 2022.