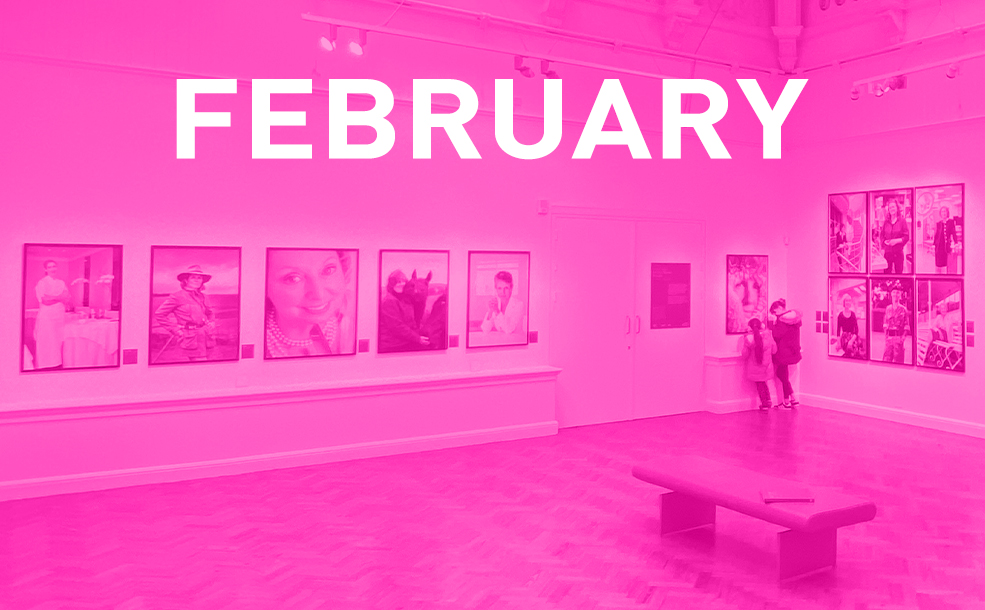 Ingenious Director, Glenn, recently went with his family to 100 First Women Portraits by acclaimed photographer, Anita Corbin, at Brighton Museum. From iconic portraits of celebrities to “ordinary” women doing extraordinary jobs, the striking photos are an impressive record of female achievements. All images are of women who were first in their respective field and include the likes of Suzi Quatro, Olympian gold medal winning boxer, Nicola Adams and football manager, Hope Powell. Inspiring and well worth a visit!
Brighton Museum, 15 February – 7 June 2020

Video footage taken by a bystander of the Hastings lifeboat on its side in rough seas during Storm Ciara and used in an RNLI Facebook Donate post raised over £26K for the charity. All six volunteer crew made it safely back to shore after a successful rescue mission in their boat which has built-in self-righting capability. The post raised significantly more than the usual amounts gained by the charity in this manner. Released when Storm Ciara was still at its height, Social Media Manager, Rich Ward, said the amazing total was a result of a “combination of extraordinary footage…and timeliness”. In our opinion, it certainly demonstrates the power of strong imagery to engage your audience.

Launched on February 14, the 91-year-old British condom manufacturer has a new visual identity created by ad agency Havas London and includes a new bespoke typeface called One Night Sans! Changes to the logo were purposely minimal to keep the brand familiar. The new logo is a pared-back version, retaining the blue and white colours and well-known lozenge shape, which features across all communications including photography and packaging. The One Night Sans typeface is characterful and flexible and appears on billboards, posters and packaging, as well as sexual health information leaflets created in partnership with the NHS. We love the versatile new identity, designed to help “normalise conversations around sex”.

Now 20 years old, Trip Advisor engaged New York studio, Mother Design, to rethink its identity for today and the next 20 years. The brief was to refine the brand’s most distinctive assets and introduce new ones to “create a more cohesive identity”. The widely recognised owl logo has been simplified to make it more flexible, whilst also giving it a stronger personality. A new set of pictograms have been created, inspired by the circular nature of the owl logo, as well as a new colour palette, giving a “fresher, more optimistic look”. It’s certainly made us think about booking a holiday!

Shanghai brand design studio JWDK has created some rather cool posters to help fight against Coronavirus. Inspired by vintage Chinese public health notices from the 1950’s, the artworks are designed to help companies maintain good hygiene in and around the workplace and encourage individual action to prevent the spread of germs. With a palette of pastel colours, each poster represents different elements of the central theme “Stay Clean, Stay Strong”, and according to one of them, we need to wash our hands for the length of time it takes to sing “Happy Birthday” twice over!

Pentagram have created an edgy graphic identity for DC’s Harley Quinn film, Birds of Prey, with logo, custom typeface and visual language all channelling the protagonist’s crazy traits. The title is in a bold, blocky type with weapons hidden amongst the letters which relate to each character, for example a brass knuckle E and dagger symbol hidden in the S. The film has a long sub-title: “and the Fantabulous Emancipation of One Harley Quinn”, and this appears in a frenetic scrawl that overlaps the main logo. The bespoke typeface has been named “Hysteria Hand” by Pentagram. Needless to say, the designers at Ingenious are big fans!

Art for a good cause

Graphic artist, print maker and designer, Anthony Burrill, best known for typographic, text-based compositions, has created a limited edition screenprint to help those impacted by the Australian bushfires. No Safe Place was created using charcoal from burnt trees as the printing medium and will be exhibited in Rise, an upcoming exhibition in Sydney featuring work by international artists and designers, all of whom have contributed pieces using the same material. The works will be auctioned and proceeds donated to charities helping to rebuild lives and restore wildlife habitats.