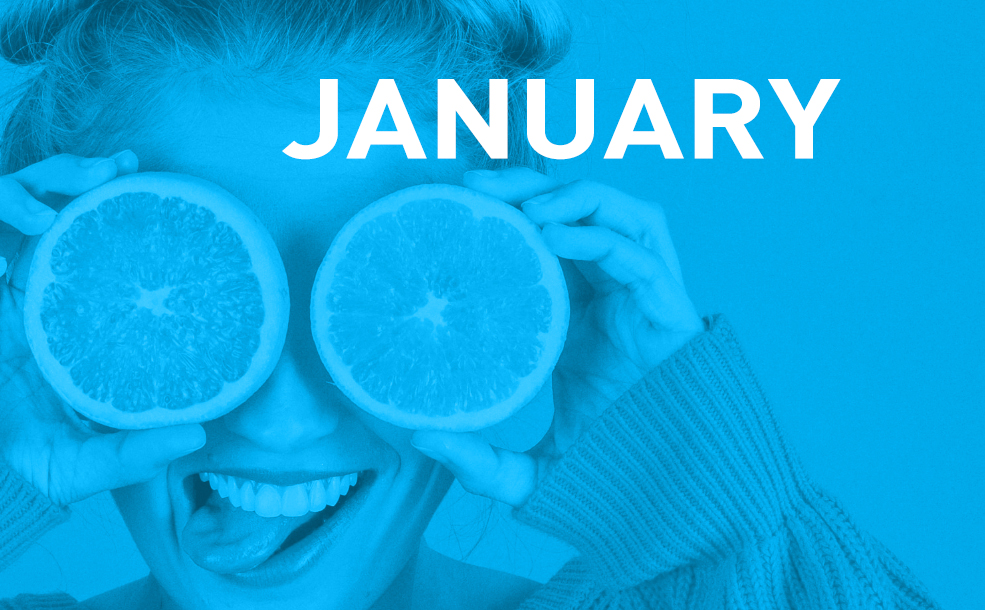 A new year and lots of exciting branding and design news to catch up on! Here’s the Ingenious team’s selection of items and happenings that have caught their eye over the last month …

Did you know January is International Creativity Month? Celebrating the importance and power of creativity and established by Randall Munson, professional speaker and founder of Creatively Speaking (also author, consultant and entertainer, following a 20-year IBM career…) to encourage people to think outside the box instead of following established procedure in both their personal and professional lives.
As a design agency, we work in a field that requires us to be creative on a daily basis and creative problem solving is essential for the the projects we work on to succeed. But even if you don’t work in a creative field, it’s a fact that everyone can benefit from a bit more creativity in their life so why don’t you take the plunge and do something new or approach something you do on a regular basis in a new way and get those creative juices flowing!

The popular sweet brand has just had a global redesign by Jones Knowles Ritchie (JKR) in an attempt to create ‘a world where everyone feels they belong’. First sold in 1941 and named after its founders, Forrest Mars and Bruce Murrie, the brand is currently owned by Mars. The new brand strategy was built around research that indicates our desire to belong is as strong as our desire to be loved and centres on the logo’s ampersand – a sign of togetherness in itself. It also features an updated and vibrant colour palette and custom typeface, All Together by Monotype, which evokes a sense of fun and refers to M&Ms classic circular shape. Video and motion are used to make the sweets spin, roll and cluster and the brand mascots have also been given a makeover, with more nuanced personalities. Look out for the rollout across product, retail environments and campaigns.

Visa has also had a refresh by Mucho branding consultancy in a bid to be seen as more than a credit card company. The new look still focuses on the iconic blue and yellow colour scheme but the ‘new blue’ is brighter and the Visa wordmark has a new typeface. The tricolour brand symbol represents Visa’s three purposes: access, equality and inclusion and the new logo is subtly altered to resemble an equals (=) sign and is used with a cohesive set of illustrations, graphics, motions and colour palette. The brand is refreshed in a vibrant yet subtle way allowing it to remain instantly recognisable.

Adidas have collaborated with Transport for London (TfL) to launch a new Arsenal kit which uses the pattern found on London Underground seating upholstery. The original seat design was created by British studio, Wallace Sewell in 2010 and features a pattern of predominantly blue, purple and red circles, stripes together with stylised versions of London landmarks including St Paul’s Cathedral and the London Eye.
Arsenal is the only London football club to have a Tube station named after it and according to Matthew McGroarty, designer at Adidas Licensed Football Apparel, the focus was on ‘Arsenal’s identity as a London club’ and the fact that ‘part of the fan culture is the journey taken to the stadium and the link between Arsenal and Transport for London’. The London Underground logo has been placed on the back of the shirt and tracksuit bottoms to make clear the collaboration and the pre-match kit will be worn by players until the end of the season.

Another Adidas collaboration, this time with environmental organisation Parley for the Oceans, has resulted in the creation of a recycled plastic tennis court floating in the Great Barrier Reef and launched to coincide with the Australian Open tournament in Melbourne. Promoting Adidas’s latest range of apparel which includes recycled plastic made by Parley for the Oceans and drawing attention to the wider issues of plastic waste and sustainable solutions, the court will be repurposed and removed to a school in the nearby city of Townsville after the Australian Open is over. And of course all stray balls are being retrieved from the water, giving a whole new dimension to the concept of ball boys and girls!

Many global brands still use logos that were designed over 100 years ago. Looking at over 6000 logos from the mid-19th century to 1940, the author examines the origins of modern trademarks, early versions of famous logos and their ongoing influence. An essential book for anyone interested in the history of corporate identity.