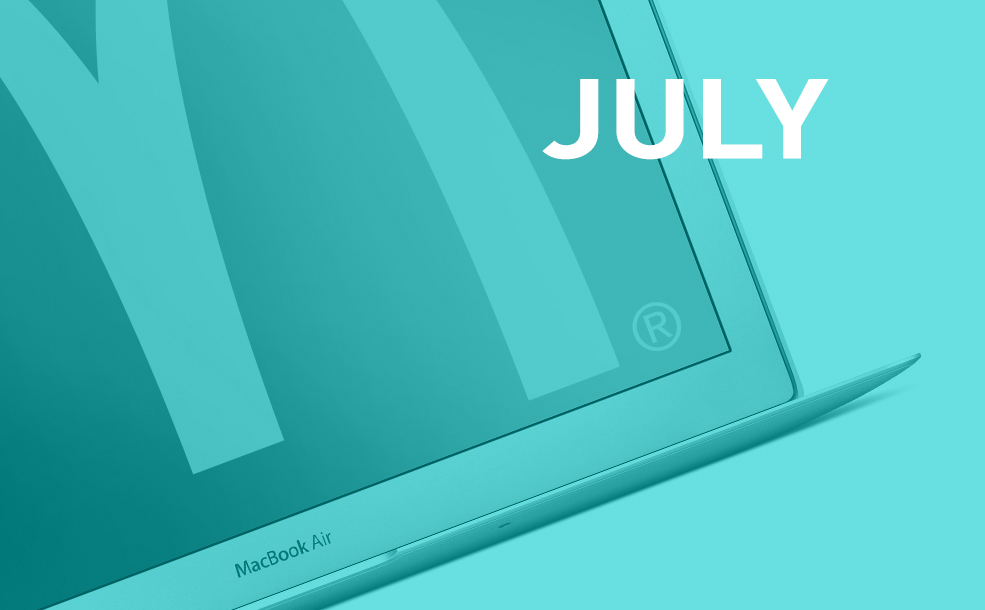 Two of the biggest names in design are moving on to pastures new. It’s the end of an era for Apple as design guru Jony Ive leaves to set up his own venture, a new creative firm called LoveFrom. Designer of the iMac, iPod and iPhone and with Steve Jobs, forming half of the most creative partnership in recent business history, over the last two decades Ive has helped to turn Apple into the world’s most valuable company.

Designer, art director and illustrator Jessica Walsh is also launching her own creative agency, &Walsh after seven years at renowned design studio Sagmeister & Walsh. &Walsh joins the 1% of women-owned creative agencies, a statistic Walsh wants to change. With the ampersand at the heart of the new brand identity, the agency name emphasises the collaborative nature of its approach, where “clients are true partners and collaborators”, a sentiment we wholeheartedly embrace here at Ingenious Design!

Cancer Research adverts resembling old-style cigarette packets with warnings about obesity and cancer risk have been construed by some as a “fat shaming” message. The charity is calling for government-led change to tackle obesity, as it did with smoking, and for policies promoting a healthier environment. The controversial campaign has led to a storm of social media debate with opinions ranging from clever, brave and thought-provoking to controversial and “fat shaming”. Whatever your take on it, there is no doubt the challenging message has raised awareness and got everyone talking – which have to be signs of a successful campaign.

Whether you love or hate the fast food outlet, the iconic Macdonald’s “golden arches” are one of the best-known logos in the world but according to Turner Duckworth design consultancy, were “under utilised”. They have created a new visual identity for the company which needed to translate easily across 120 countries and 35,000 restaurants!
Developing a system they called “Archery” whereby the arches are used in new ways – oversized, cropped, angled, bold or even implied, introducing a more disciplined colour palette with greater focus on gold and red, and using “Speedee”, a simplified, pared-down typeface for improved legibility and functionality. We have to admit, “we’re lovin’ it”!

July 22 saw the start of ITV’s new talent takeover month, part of its on-screen idents project “ITV Creates”, which sees 52 different idents across the year, each designed by a different artist. The idents broadcast between programmes for the next few weeks will feature work created by UK design students and graduates. ITV approached a selection of universities and sent a brief to four chosen schools to make or customise their logo in any sculptural way that could be filmed, with themes of communication, television, technology, entertainment, togetherness and diversity.

We think it’s great the students have been able to create sophisticated work that will reach a wide audience, and it is encouraging to see ITV championing creativity and the next generation of designers.

Designer Daren Newman has created an unofficial Olympic logo which many think is an improvement on the official logo designs by Asao Tokolo which feature an indigo chequered pattern representing the “refined elegance and sophistication” of Japanese culture.

The unofficial version incorporates the Olympic interlocking rings, extended to form the year 2020 in which Tokyo hosts the Games and the right-hand ring is a red disc evoking the rising sun of the Japan flag. Although we love the creative simplicity of the unofficial design, in which you can tell at a glance what the logo represents, it could never be used as it is against the rules to manipulate or alter the Olympic rings which have to be separate from any other emblem.

We are enjoying the latest ads for Penguin books. Their Happy Reading campaign posters feature well-read and much-loved Penguin Classics cherished by authors, artists, musicians and the general public. Evidence of the close relationship between book and reader is visible in photos showing wear and tear, cracked spines, dog-eared pages and marginal notes of selected volumes and the campaign also highlights the growth in the market for physical rather than digital books which has taken place over the last decade.

If you are into sustainable living you may be interested in Bert, a conceptual, modular treehouse designed by Austrian-based Precht, an architectural, interior design and product design studio. Made from wood, with round windows and shaped like a tree trunk, the houses consist of pre-fabricated stackable rooms on which solar panels can be installed as well as composting toilets at ground level. Blending into forest surroundings they are perfect for off-grid living!

Eastbourne’s Towner Gallery, not too far from our office at Ingenious, is well worth a visit if you like an art gallery by the sea! Current exhibitions are Sedibeng, it comes with the rain, an immersive installation by South African-based artist Dineo Seshe Bopape, set in an environment of reflecting and refracting light, on a floor strewn with feathers, metal abstractions, letter charms, bags of healing herbs, images of ripe fruits and flowers native to Africa. Also showing is Iris by Phoebe Unwin which features paintings exploring the physical and emotive aspects of looking, and German artist Lothar Götz is creating a temporary artwork transforming the exterior walls of the gallery into a large-scale geometric mural to mark the 10th anniversary of the Towner’s move into the current building.