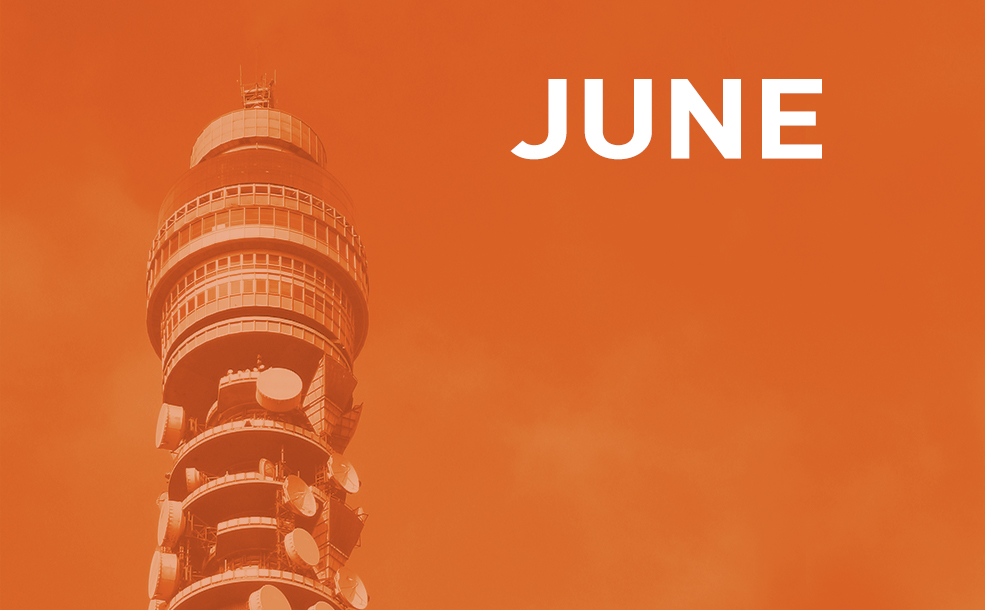 “Cause-marketing” is an ever more popular way for brands to position themselves as a positive force in society and these awards are an opportunity for agencies to prove their ability in producing creative and effective good-cause campaigns for clients and brands to showcase corporate social responsibility. FCB, MullenLowe London and WeberShandwick lead the shortlist and winners will be announced on 8 July.

Commemorating their 15th anniversary, the child bereavement charity has worked with London agency Creative Clinic to create a new identity that highlights the harsh reality of bereavement. The letter “i” is missing from Grief in the logo, although the word can still be read without hesitation. We love this clever device which powerfully conveys a missing person and the permanence of their absence.

We are rooting for the Lionesses in the FIFA Women’s World Cup 2019 and love the punchy BBC trailer, featuring some of the world’s biggest names in women’s football and south London rapper Ms Banks’ powerful reworking of early noughties track “Remember the Name”. Created by the BBC’s in-house creative team and launching the BBC’s “Change the Game” campaign, the ad really succeeds in its mission to inspire the next generation and challenge the way people are perceived.

The new BT logo, with the letters BT inside a white circle, couldn’t be simpler. Part of a new full corporate identity system to celebrate BT’s 50th birthday and created by London-based studio Red&White, who state the graphic overhaul is intended to demonstrate that BT is a “tech brand, not just a telecoms brand”. Looking at the full corporate identity, which is available to view online, we can see that its simplicity lends it considerable versatility.

The festival season is well and truly upon us with Glastonbury kicking off this week. Festival-goers will be encouraged to recycle their used Coca Cola cans in the right bin thanks to the company’s latest European advertising campaign. Created by ad agency Publicis Italy, we like the playful, strategically placed hoardings in signature red and white which feature a long arm and finger pointing to nearby recycling bins.

We also love the vibrant colours and simple illustrations on Useless, a new website which directs Londoners to their closest zero waste shops, selling produce without disposable packaging and offering refills for many items. Designed by ethical creative agency, Nice and Serious, the online directory was launched on 5 June, World Environment Day.

The ground-breaking exhibition of Japanese Manga continues at the British Museum and if you find yourself in Lisbon, be sure to visit Smile High Club at the Underdogs Gallery, curated by Brighton resident, Fat Boy Slim, and featuring a vast collection of smiley-related ephemera. Originally designed in 1963 by Harvey Ball, the smiley face was intended to improve the morale of staff at State Mutual Life Assurance in Worcester, MA and has since become a worldwide icon.

Graphic Design Playbook: An Exploration of Visual Thinking by Sophie Cure and Aurelien Farina, published on 24 June, is an entertaining and highly original introduction to graphic design. The beautifully designed book uses puzzles and visual challenges to demonstrate how typography, signage, posters and branding work.