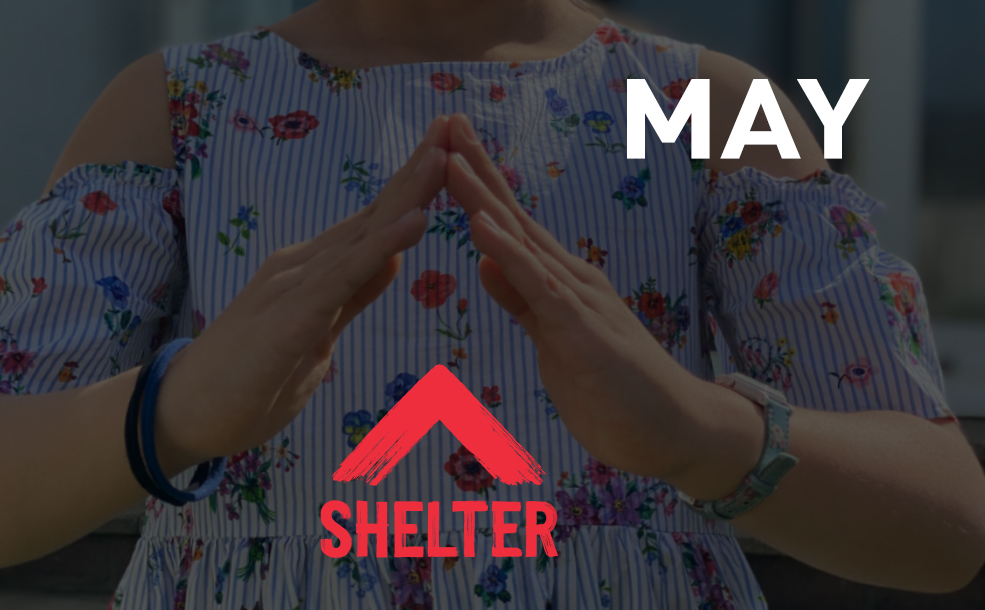 Housing charity Shelter has also been rebranded this month by brand consultancy Superunion. Launching alongside a new advertising campaign, ‘Fight for Home’ by agency Who Wot Why, the rebrand seeks to embrace a spirit of activism and has been prompted by recent research by the charity which finds one in three people in the UK impacted by the housing crisis. A fresh logo combines the previous brand’s distinctive roof shape as a positive upwards arrow and the roof mark is used throughout the identity from social media to t-shirts. The bold red colour palette also remains with visuals recreated in brushstrokes and a bespoke protest-inspired typeface. A hand gesture has also been introduced with people forming a roof shape with their hands. Overall, the new identity has been created to be ‘less polite and more powerful, determined and brave’.

The classic hardboiled sweet has a new identity created by design studio Derek&Eric. Established in 1918 and well known for its mascot, Peppy the polar bear, who was introduced in the 1920’s, the rebrand aims to bring the sweet to a new, younger audience. Peppy now faces right instead of left, signifying a progressive, forward-looking attitude and his previous 3-D identity has become a ‘modern-styled, flattened’ graphic with a ‘happier and healthier’ appearance. The old dark blue packaging has been replaced with a more vibrant blue and look out for the hidden design detail – a fox’s tail behind the polar bear’s legs, a reference to the cheeky character used in previous promotional material and also a nod to the founder’s name. The strapline, ‘100 years of taking it slow’ emphasises the slow-paced appeal of the hardboiled sweet, which lasts a lot longer than many other chewy sweet brands.

A set of twelve new Paul McCartney postage stamps from Royal Mail went on sale on 28 May with images from eight post-Beatle albums and four recording studio shots. The stamps depict classic Wings as well as solo albums, including the most recent McCartney III, recorded alone during the pandemic in 2020. McCartney is one of only three solo artists to get a dedicated stamp issue, the others being David Bowie in 2017 and Elton John in 2019.

Artists and designers including David Shrigley and Chris Simpson have come together to create a beermat collection commemorating the delayed 2020 Euros football tournament which will take place in June. Brainchild of Gordon Reid and Callum Stevenson, creatives were asked to illustrate ‘weird, funny and esoteric’ moments from European Cup history on beermats which will be sold to raise money for football-related charities. In one example, David Shrigley showcases the bloody aftermath of a headbutt delivered by French footballer, Basile Boli to England player, Stuart Pearce at Euro ’92. In 2018 the project raised £20,000 for Football Beyond Borders and this time they are working with Adidas Football Collective to raise funds for grassroots football charities.

After designing sets and statuettes for the 2021 Brit Awards, London-based multidisciplinary artist, Yinka Ilori has unveiled a colourful basketball court in Canary Wharf designed for two teams of three people. Combining his British and Nigerian heritage, the graphics feature a wave pattern on the backboard of the hoop and a court mapped out in vibrant yellow, orange and purple. The top of the court features the inspiring tagline ‘Be The Best You Can Be’.

We are loving this series which has recently launched on BBC4, with ground breaking portrait and fashion photography icon Rankin in search of a dynamic new name in British photography. Six contestants from varying backgrounds, united by a love of photography and desire to learn, are mentored by Rankin, various celebrity guests and leading creatives and given a series of challenging projects across four episodes. None will be eliminated but ultimately a winner will be chosen when the series culminates in an exhibition of their best work.