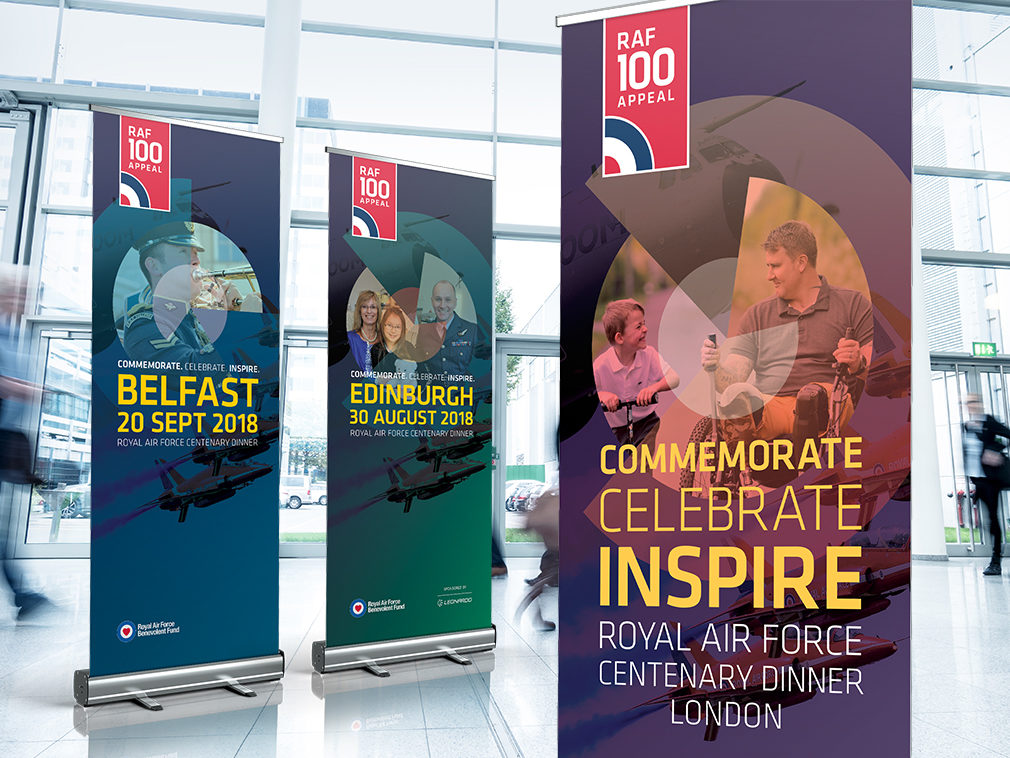 The RAF Benevolent Fund (RAFBF) is an independent charity whose mission is to provide assistance to the RAF Family, support the morale and wellbeing of the serving RAF, and maintain both the RAF Memorial and Bomber Command Memorial in London.

The RAF100 Appeal was established as a fundraising effort alongside the year-long celebrations of the Royal Air Force centenary in 2018, with the aim of raising as much money as possible for the RAF Family.

As one of four main Royal Air Force charities, RAFBF was tasked with the responsibility of organising four celebratory dinners for the Appeal, one in each UK nation.

For this RAFBF required Ingenious to create a suite of materials distinctive to each dinner but with a consistent theme throughout. The design needed to include the branding of both the RAF Benevolent Fund and the RAF100 Appeal, and where possible include images of Appeal beneficiaries, RAF aircraft and veterans.

Given the work was for some of our most prestigious events, the finished designs from Ingenious were exactly what we were after – slick, professional and on time

Ingenious took the brief and followed clear creative guidelines to produce collateral for the events, including menus, place settings, brochures and banners.

Each element was created with a fresh and engaging design that reflected the RAF and their charity appeal and were suitable for an audience of local dignitaries, corporate partners and members of the RAF Senior Leadership Team.

Have a project in mind?

Get in touch
Back to top