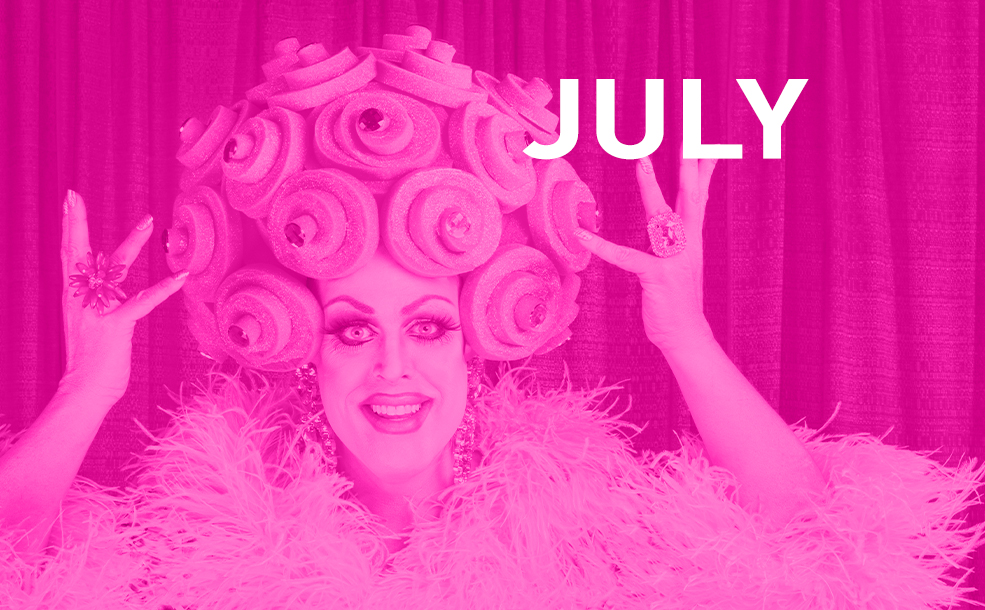 Official Pride gatherings are not taking place this year but Brighton & Hove Pride organised the online festival, We Are Fabuloso, with an extensive programme of events running around the original Pride weekend of 31 July – 2 August. The online celebration featured performers and highlights already planned for the festival, together with archive footage of iconic acts from past years, and was live-streamed on Brighton Pride website, YouTube and other platforms, all free to viewers worldwide.

What a fantastic example of the online world facilitating celebrations that would otherwise have been abandoned. As we are all too aware, 2020 has been very different from previous years and design and technology have been vital tools for communication, disseminating information and uniting dispersed groups as communities have had to find other ways of connecting in lieu of physical meetings and events.

Toyota have joined numerous other car brands in opting for a flat redesign of their logo and a revised visual identity that includes removal of its wordmark. The new logo and branding has been created by agency, The&Partnership for Toyota’s Europe division, with the logo now a simplified 2-D emblem made up of three overlapping ovals. The fact their name is no longer stated is an acknowledgment of the brand’s visual recognition amongst European consumers. The wave of flat design, also adopted by many other brands, is a practical solution to the issue of digital readability, and is better for use in digital formats. With bespoke typography, monochrome colour palette with a red accent, the new brand is simplified, modernised, reflects a more premium feeling and will promote consistency across all areas of the business.

TGIF has been renamed to Fridays with a fun and colourful redesign by branding agency SomeOne. Founded in New York in 1965, the company is under new ownership and the new visual identity constitutes a modern update to a recognisable brand. The new vertical stripes logo was inspired by their iconic original signage but includes a flexible approach with humorous tone of voice to fit in with the modern context. We love the use of playful copy and cheeky icons and illustration.

The United States Space Force (USSF) has just rebranded less than a year after its launch. Created in December 2019 to form a distinct military entity for space, the latest logo, a black and silver arrow-like delta symbol with the Polaris star in its centre, takes its inspiration from the 1960’s and with a 3-D aspect going against the current trend for flat logos. Donald Trump revealed the first logo in January to mixed responses from designers, with some pointing out its similarity with the seal of Star Trek’s USS Enterprise! Hopefully the latest design will fare better.

According to a recent Department of Culture, Media and Sport Committee report, Covid-19 constitutes the biggest threat to creative industries in a generation. The future of many organisations in the sector is uncertain due to a slow government response together with the department’s relatively small budget and staffing capabilities. Although a £1.57 billion rescue fund was announced for the arts sector, this was not until late into the pandemic, and whether it is enough to safeguard our cultural institutions depends on how long they will have to remain closed, with small companies and freelancers in particular continuing to suffer in the absence of any concrete guidance. Without further government support, the future of the county’s creative workforce is at significant risk, exacerbated by the interconnectedness of many of the creative industries. According to Caroline Norbury, CEO of the Creative Industries Federation, ‘Creativity should be at the heart of our social and economic regeneration’. We are totally with you there Caroline.

This is the title of a new animated short by Aardman and Engine for animal welfare charity, the Born Free Foundation, addressing the issue of animals living in captivity. Drawing on interviews of people’s lockdown experiences, the effects of this temporary restriction is contrasted with the plight of animals in captivity for their entire lives.

Produced during the lockdown, the Claymation creative process could not go ahead as usual and there were many challenges to overcome, but the 2-minute film succeeds in creating a perfect balance between humour and the serious topic they are tackling, and incorporates a heart-rending mix of emotions which reflect the feelings we all had in lockdown.

Reni Eddo-Lodge, author of bestseller Why I’m No Longer Talking To White People About Race and actor and activist, Emma Watson are embarking on a public history project to reimagine the city’s iconic tube map by renaming all 270 stops after women and non-binary people who have shaped the history of each part of the capital. Early suggestions for names include Mary Seacole, Mary Wollstonecraft, Amy Winehouse, Zadie Smith, Jung Chang and Virginia Woolf, but not all names will be so well known and many others will be included who have made a difference in their local areas. The project was inspired by something similar in New York by Rebecca Solnit and Joshua Jelly-Shapiro, featuring the New York subway map with all stations renamed after great women. The idea behind both is to redress the balance of so many places in so many cities being named after men. We look forward to seeing Eddo-Lodge and Watson’s efforts which will be published by Haymarket Books on International Women’s Day 2021.

For the first time, Evian have overcome industry-wide restrictions in production and technology to implement a fully circular bottle design. Their new 400ml bottle is made from recycled plastic, the pink lid is not recycled but can be recycled after use and with an embossed logo instead of a label this is the first step in achieving their mission of becoming a fully circular brand by 2025. Evian is also working with recycling company Veolia to increase collection and recycling rates of plastic bottles.

However, the notion of using plastic in the circular economy is controversial, with many calling for the material to be eliminated altogether and seeing it merely as a stopgap to the development of new, non-polluting materials. We reckon a step in the right direction has got to be a good thing.

Activism in the arts

There have been a number of noteworthy arty happenings over the last month including the secret but short-lived installation of Mark Quinn’s sculpture entitled A Surge of Power, depicting Black Lives Matter protestor, Jen Reid, on the empty plinth in Bristol from which slave trader Edward Colston’s statue was toppled in June. Quinn was inspired to make the statue after seeing a photo of Jen Reid standing on the empty plinth making the black power salute but did not seek permission from the authorities, hence its hasty removal. According to the artist the sculpture ‘captured a moment’ and constituted ’a spark which we hope will help to bring continued attention to this vital and pressing issue’. Major of Bristol, Marvin Rees, said the future of the plinth will be decided by the people of Bristol.

Banksy was also busy this month spray-painting his trademark rats on the London Underground encouraging people to wear face coverings. A short video posted on the artist’s Instagram account shows him entering the tube dressed as a cleaner but proceeding to stencil and spray paint the interior of a carriage. The film ends with the hopeful words ‘I get lockdown, but I get up again’ and although the artwork itself was quickly removed, the video quickly went viral on social media.

Finally, US artist Janet Echelman has created an amazing woven sculpture, Bending Arc, suspended above a park overlooking the Pier District in St Petersberg, Florida to honour the Civil Rights Movement. The location is where local citizens protested against segregation leading to the 1957 US Supreme Court ruling allowing people of all races to use the municipal beach and swimming pool. The sculpture was inspired by the colours and patterns of vintage beach umbrellas as well as barnacles that live beneath the pier. Its shape constantly changes as it ripples in the breeze and at night it glows pink and purple as it is lit up by low energy LED lights. The artist says the work celebrates the courage of the local protestors and its title refers to the words of Martin Luther King ‘The arc of the moral universe is long, but it bends towards justice’.