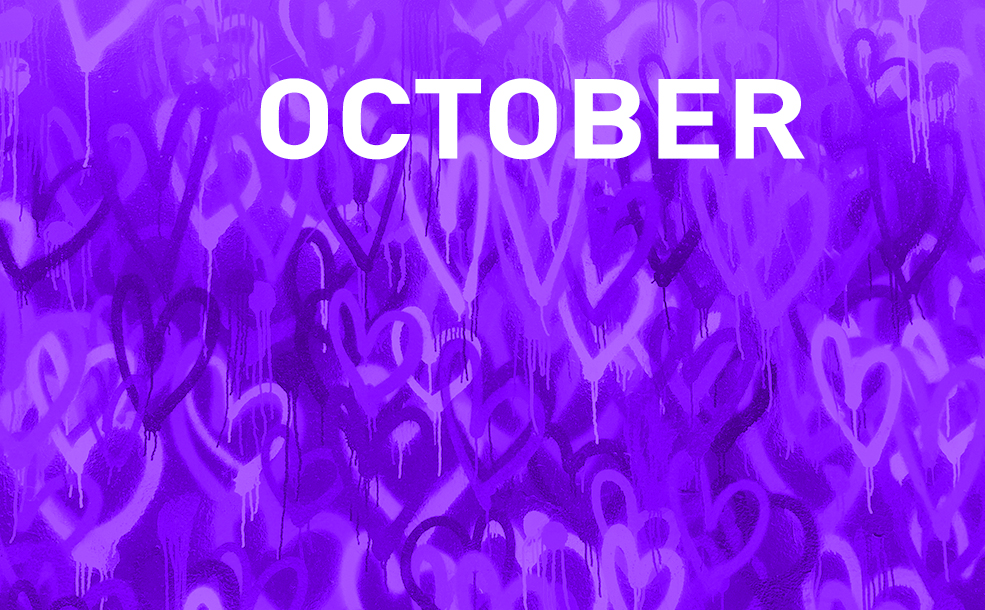 An article in the Guardian from the end of last month caught our eye while preparing the October round-up which we just had to include. Musing on whether graffiti constitutes ‘real art’ the piece compares Banksy murals and graffiti artist, Stik’s figures under London bridges with less inspiring graffiti adorning our railways and underpasses and asks if it is just money that elevates some works into the market category of ‘street art’. It goes on to point out that the urge behind graffiti has been around for some 60,000 years, linking it to Ice Age cave images of mammoths, bison and hand outlines created with ochre pigments and suggests that it is perhaps the purest art around, illustrating a primal human urge to make marks on a blank surface and a connection with deep creative roots. We love this idea – what do you think?

Graphic designer, Margaret Calvert has created a customised typeface to be used for station signage across the UK. Named Rail Alphabet 2, the typeface is an updated version of her original 1960’s Rail Alphabet, created with Jock Kinneir. Rail Alphabet 2 is to be used together with a wayfinding system designed by consultancy Spaceagency which features new symbols including a WiFi sign. Key concerns were legibility, consistency and timelessness and the new version is lighter, sharper in appearance and more compact. Calvert has worked on many infrastructure projects over her distinguished career, the best known of which is the UK road and motorway signage system. Peter Hendy, Chair of Network Rail said of Calvert ‘She is a true pioneer of design and I’m delighted we’ve been able to work with her.’ Look out for the new signs at a station near you!

Gmail has a new logo

Google has rebranded its email service, Gmail, as part of the launch of its new brand, Google Workspace. The new logo now resembles an M in Google’s brand colours red, blue, green and yellow and is flatter and less 3-dimensional than the previous red and white envelope symbol. All design was done in-house at Google and according to the company, Google Workspace will provide a more ‘connected, helpful and flexible experience’ combining its other organisational and collaborative tools Drive, Calendar, Meet, Docs, Sheets and Slides. Google says the brand update was prompted by the transformation of the workplace, accelerated by changes caused by the pandemic and hopes Workspace will meet the changing needs of workers in adapting to the increasing mix of remote work and in-person collaboration.

Apple’s former chief design officer has been hired by the online rental service to develop new products and services for the platform. Ive left Apple after almost 30 years to establish independent design company LoveFrom. He will act as design consultant in a long-term partnership with AirBnB to overhaul its website and app and develop additional services. AirBnB co-founder, Brian Chesky hopes the collaboration with Ive will help build trust in the brand which has suffered financially due to the pandemic, stating that ‘design can facilitate trust and enable more human connection’. Of his relationship with Ive he says ‘we share the same belief in the value and importance of creativity and design. We each believe not only in making objects and interfaces but in crafting services and experiences.’ A great motto that we can all take away with us!

Design platform Studio Curiosity has worked with local residents in East London to wrap a footbridge in Royal Albert Wharf in a rainbow of ribbons as a message of hope during the pandemic. Andrew Morris, architect and founder of Studio Curiosity lives in Royal Albert Wharf and began by making his own ribbon rainbow on the balcony of his apartment as part of the national Clap for Carers campaign. He said the ambition of the project was ‘to create a united message of hope by bringing the local community together in the collective production of a public artwork’. It involved residents cutting and wrapping 5,000m of biodegradable acetate ribbon onto the bridge. Seven colours are woven between the metal struts of the bridge in a mosaic pattern to create an overall rainbow effect. We think it is totally fab!

Rotterdam architecture studio Powerhouse Company have created a building topped with an amazing circular walking trail in Chengdu, China. The structures beneath the trail are a sales pavilion and reception block for the new Unis Chip City development in Chengdu’s Tianfu New District being built in the southern part of the city. The two buildings are connected with an elegant 698m long bright red rooftop walkway named the Loop of Wisdom which also forms the roofs of the two structures. Made from rubber asphalt, the pathway can be used by runners as well as walkers and is influenced by the surrounding undulating landscape. What an ingenious way of connecting the two sites and combining exercise with the workplace!

Dutch non-profit organisation The Ocean Clean Up, have teamed up with Swiss designer Yves Béhar to create a pair of sunglasses from plastic collected from the Great Pacific Garbage Patch, an area between Hawaii and the coast of California where 79 thousand tonnes of plastic has accumulated. Produced by Italian eyewear brand Safilo, the glasses have a classic shape reminiscent of Ray Ban Wayfarers, rendered in a deep navy blue with distinctive turquoise hinges. For Béhar, the colour ‘mimics the beauty of the sea and says something about the material’s origin.’ The glasses can be easily repaired or recycled and we salute this attempt to go ‘full circle from trash to treasure’.